THE NEXUS ORIGIN RE-DO  in watercolor!! 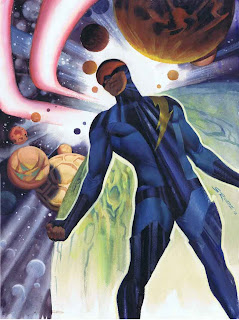 Yes, indeed, sons and daughters of European immigrants...the Main Man himself will now take you on a journey in which the likes of humanity has likely never seen--well, these days you see it all the time.  There probably isn't a web-site on earth that doesn't feature a step by steps of artist's working on their paintings or a thousand books that cover the same subject.
Yet, even before the Al Gore invention of the internet, before the days when every joe, dik, and harry began publishing their own How-to books, before the advent of the pony express riders to deliver secret paint mixing formulas as they dodged the arrows of hostile natives--yes, friends--even before all of this was actually all-too common, we will now chronicle this process for posterity, and for the immediate good of you now reading this.
Let us therefore begin this humble presentation of "HOW THE DUDE DOES A PAINTING."
Let's begin with step 1, shall we?
Here we see the Main Man's drawing board set-up, where we may now breathlessly behold:
1.  My sketchbook, where I've already prepared a thumbnail value study.  You can also see the Nexus cover for which I'm now re-doing, the watercolor board itself, for which I've already drawn in the various elements based on the original Nexus Origin issue cover ( first done in 1991 as oil on canvas). 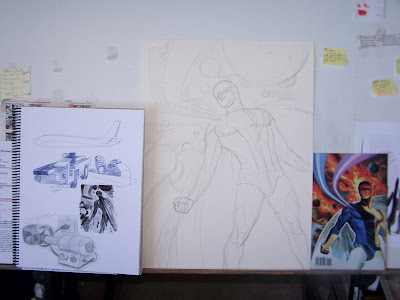 2.  A close-up of the pencil drawing, done from my imagination and memory of 30 years of study.  With enough study it's actually easier to rely on the image in your head first than to start off by running right to a photo.  A accuracy check with a mirror or custom shot photograph is always recommended to aid this practice later on. 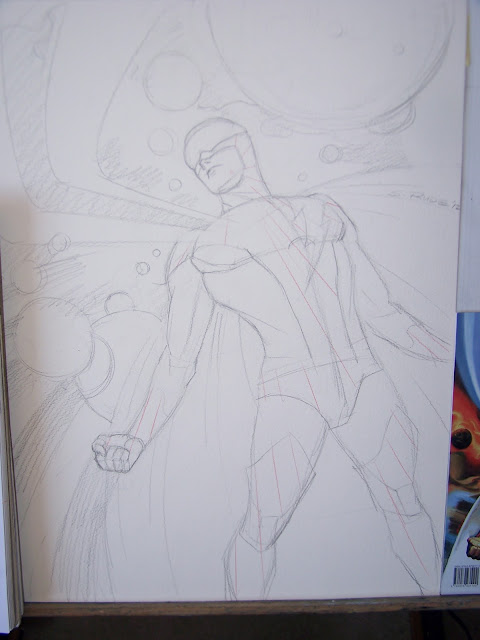 3.  Here we are, blocking in the first few elements of the picture in watercolor. 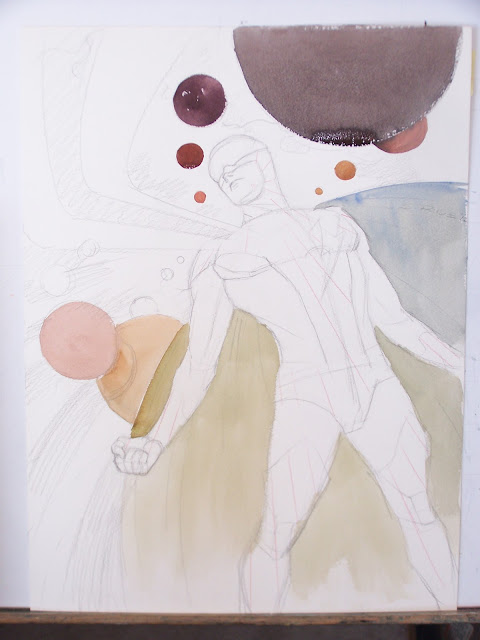 4.  Block-in continued.  I tried using a wax candle for the streaks running through Nexus.  I don't know how well it worked out, but I thought I'd try it here. 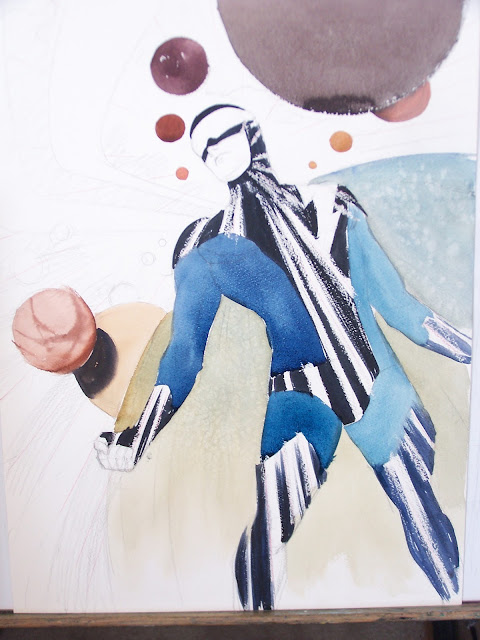 5.  I don't know if you can zoom in enough, but I actually washed out the whole head and placed it over to the left a little.  A pain in the buttox, yeah, but it had to be done.  So much for accurate figure placement. At this point I also did a pencil study from the mirror for Nexus'  face and hand. 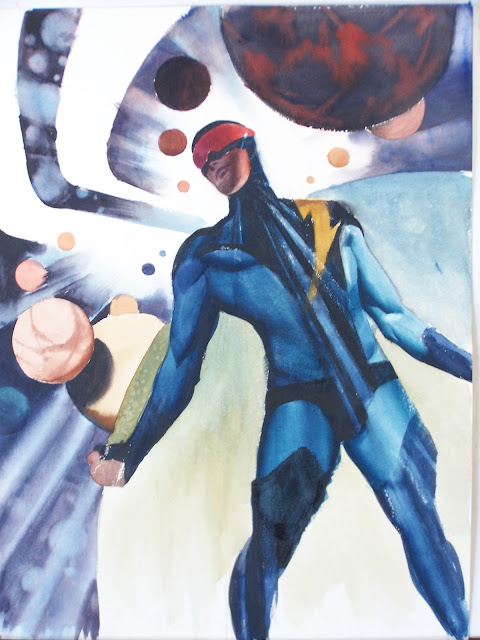 6.  Several opaque touches with white gouache are added in at this point to make it look right, as we close in on the finish...closer, closer..and finally... 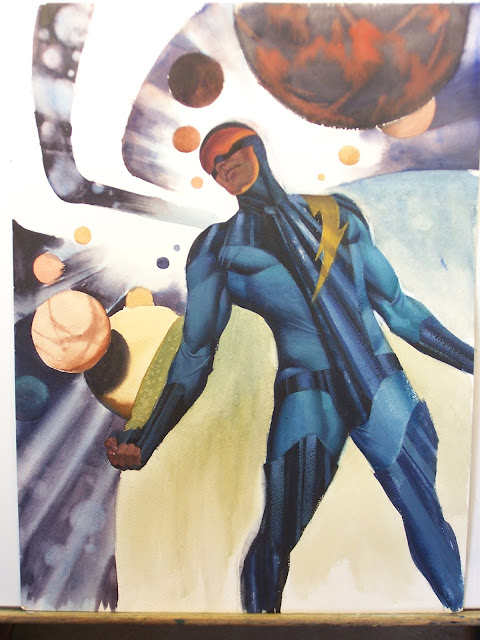 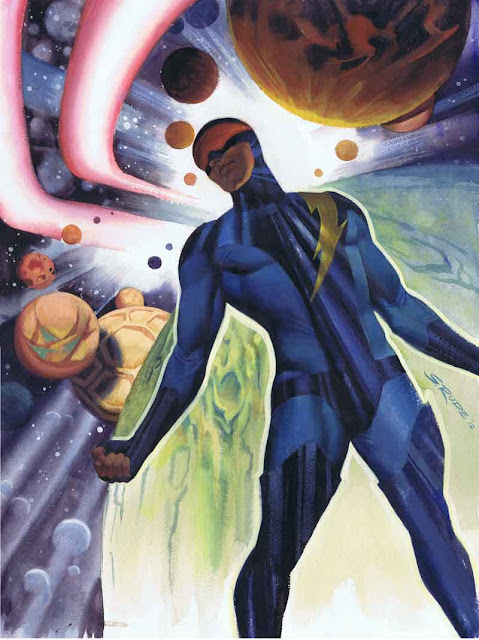 Anyone exhausted yet?
For the uninitiated, every work of art is a trial.  As in "trial and error."  Why?  I don't know, but it always is.    And always will be, I guess.
There you have it, friends, and curiosity seekers of artistic enlightenment.
Now, it's onto my next piece, for which I will no doubt repeat the same absurd process.  I wonder what kind of trial I'll be put through this time?
Until next we meet,
I remain, probably for a long time,
The humble Dude
Back to blog
★ Judge.me Reviews